Tag: reality of my surroundings

Fishbone Listen Through: Album 3 of 7: “The Reality of My Surroundings” 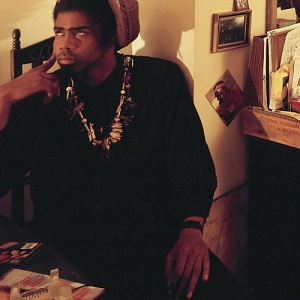 Fishbone Listen Through: Album 3/7 The Reality of my Surroundings

Review: Why couldn’t it have been as great as everyone said?

In the usual telling of the Fishbone story , we’ve reached the band’s creative and commercial summit with their third album The Reality of my Surroundings. The second part of that is fact. As for the first, well, a) we are only half-way through their catalog so I couldn’t tell you yet, and b) Reality doesn’t feel like a peak to me but a swerve. It’s a beautiful, fascinating swerve, like everything the band has done thus far. But after listening to this record four times, its still feels not quite what it could have been: What their fans at the time had been waiting for may not be the album I was waiting for.

Surfacing in the spring of 1991, Reality of my Surroundings is when Fishbone arrived, at least as far as a band without chart hits and instant platinum albums can arrive: Larger concert venues, critical hosannahs, a placement on the Billboard album charts (No. 49), TV appearances on Saturday Night Live and The Arsenio Hall Show. Two tracks from the record’s aft side hit the modern rock Top 20. In what feels like a very Fishbone turn of events, the less successful of those, “Everyday Sunshine” became the band’s signature and closes their live shows to this day.

The Reality of My Surroundings is giant: 13 tracks and 5 interstitials cut from a live recording. Interstitials belonged mostly to hip-hop records back then (Track #10 “A Junkie’s Prayer” resembles a beat poem left off the Superfly Soundtrack and probably owed a creative debt to De La Soul’s 3 Feet High and Rising released two years before) but that’s only one genre the ever-sampling Fishbone pulls from: Reality is a pioneer of both 80s Black Rock (how fast would you rush the gates for a co-headline Fishbone/Living Color tour?) and, less admirably, a forerunner to the metal/rap hybrid of the late 90s. Side #1 bangs like a thunderstorm without pauses for lightning, the band’s usual arsenal of reggae, funk and grove secondary to a downpour of guitar shredding. Side #2 is the one you know better and sounds like the Fishbone of their first two records as accomplished professionals rather than talented kids with short attention spans.

Too many ideas, too many experiments, most of them better than any band alive then or since and, all crammed in one place, doesn’t help The Reality of My Surroundings be an album rather than a brilliant schematic of one. The machine-gun stomp of the opener “Fight the Youth” belongs in a juiced-up 80s update of The Warriors which I mean as the highest praise. It sets a groove that carries you so smoothly through most of the side, you don’t realize until it’s too late that you’ve landed at Track #5 the harpiscord/reggae party jam (you heard that right) “Housework” and have no memory of any songs in between. The momentum built by “Everyday Sunshine” (Track #12) and the screamingly-funny send up of toxic masculinity “Naz-Tee May’en” leaks out the tire puncture left by “Babyhead” a dumb, porny Sexual Chocolate B-side. It’s very much the Fishbone you’ve come to love by the previous two records but you also hope they’ve matured out of this sort of nonsense by now.

I wish the two sides fit better together or were released seperately: Side 1 as an experimental EP, Side 2 as Reality itself. We’ll never know how that could have been. A breakthrough album (i.e. when public perception is that a band has “arrived” no matter how much they’ve already done) is usually mistaken as an artist’s best record up that point. A short list of disagreements: Wild, Innocent & The E. Street Shuffle is as good a Bruce Springsteen album as  Born to Run, his “arrival” that came right after. De La Soul’s #1 and #2 records are equally strong, equally so for fellow New York trio Digable Planets. And do we really have to lay out all the genius Kate Bush was dropping before Hounds of Love, which came 4 albums and 8 years into her recording career?

I’d say oh, well, but I ain’t sad about it. There’s plenty on Reality of My Surroundings that merits listening to it on a digital platform where you can skip around instead of on vinyl. I already own both its elder siblings on vinyl. Given how willing Fishbone is to try everything and do most everything with skill and zany commitment, I know as I listen on, reality will shift again.

I’m ready now. They always were.