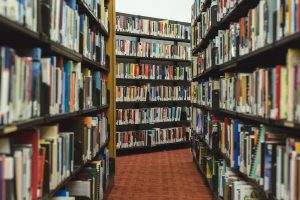 (which I’ve written in reverse order)

A three-volume graphic memoir of Congressman John Lewis. Starts with his youth in Alabama to his work as a young man in the early days of the Civil Rights Movement.

You’d have to work to muff this story. Simply put, John Lewis has led one of the great lives of the 20th Century. But here, he and his collaborators have done something, in stark, almost-wordless black & white–bold, epic and beautiful.

This book won the National Book Award in 2017 for Young People’s Literature.

I only know Ms. Gornick’s name and her legendary standing as a critic and intellectual of the Second Wave Feminist movement. Then I picked up this short memoir/essay collection, released in 2015. Now I know a little of how sure and effortless her prose is, how conversationally perfect. Now I know how she seems, despite being pointed at times, like a marvelous traveling companion.

This book anchors itself to her late-in-life friendship with a man named Leonard. Her own relationship with New York City having grown up there nearly 80 years ago and gone to school there in the early Eisenhower era follows right behind.

Read if you simply love a writer at the very top of her game even after being at it for a good 40 years.

One of my favorite writers’ new essay collection about famous animals throughout human history (including Jumbo the Elephant and the Starlings that colonized America). This fast little compendium plays funny, sweet, sad and ridiculously smart.

It’s fair to say that if you love animals, you’d missing out not to read this book. Afterwards, you’ll will never see them the same way again.

A short, indispensable essay collection that should be required reading by anyone who considers themselves politically left-of-center. Rebecca Solnit simply argues that to be progressive and to be cynical means living a stupid self-defeating contradiction. To be politically conscious and humorless makes an argument against being politically conscious in the first place.

The first must-read book of these insane political times.

A mediation on both the color blue and having your heart broken this is the kind of book where you say “OMG!” on every 3rd page. Maggie Nelson is so smart, so gifted and so good at what she does that I immediately spent the rest of the year binging on her books, one after the other, in a spirit of reading ecstasy and joy.

Something I’ve been trying out: “Reading Tri-Laterally”

Lately I’ve been trying to read more than one book at a time, picking them up depending on my mood. And while my problem in the past has been losing track of what characters, which story, belonged where, this time it’s been working. Also, I don’t get confused if, among those multiple books, one is a novel, the other nonfiction, the third a poetry collection and so forth.

This means you may feel like you’re never going to finish a book and get to some future read you’ve been dying to get to. But what ends up happening is you finish your three books all about the same time, which then feels like your birthday because you get to restock three books at once.