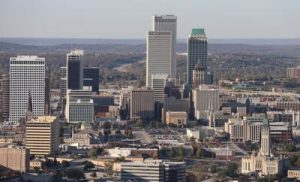 Blue Waves: Winning the 2018 Midterm Elections and Saying So

Friends, I am as heartbroken about Andrew Gullim & Beto O’Rourke and the racist nonsense that no doubt poisoned those elections. But the House is Blue. Kris Kobach, Scott Walker & Putin’s fav. congressperson are out of of a job. We elected 111 women, half are POC. 300 state house seats flipped. Voter suppression/gerrymandering laws turned back in Florida, Michigan and Utah. A brand new, state of the art program to end homelessness in my own San Francisco. Unprecedented turnout amongst young people who 2/1 vote Dem.

If that’s not a wave, I’ve never seen one. Listen to Rebecca Solnit on this one. We blue folk are terrible at joy, at secretly loving our own tragedy and downplaying success. We mistakenly believe being miserable and refusing to be proud is a sign of our commitment to our values.

Don’t do it. We worked hard for this. We earned it. Let’s not dishonor the hard work and commitment of the millions of Americans who made it happen by pretending it’s something less than it actually is.